We've been getting a lot of surge detection questions lately - what follows are the eleven most frequent, surge-detection-related questions we've been asked.

When did Surge Detection become "a thing?"

The  patents referenced in the links above have been consolidated, along with a couple others, into a .PDF for download if you'd like to read more.

Industry standardized requirements and recommendations (at least from the American Petroleum Institute) weren't circulated until November 2014 in the fifth edition of the API670, "Machinery Protection Systems" standard.

What is the difference between AntiSurge Control and Surge Detection?

To begin with, antisurge control is "continuous" in nature and surge detection is "discrete." The antisurge control typically controls an output to a valve with nearly infinite "solutions" between a minimum and maximum (limited by the resolution of the processing). Surge detection on the other hand is discrete - either a surge is detected or it isn't. And if a surge event is detected, there is a discrete (or set of discrete) action(s) taken.

API670 defines surge detection by its function, "… to detect surges and provide output for use in minimizing the number of surge cycles."

We've also heard the relationship described as one where surge control prevents a surge event, and surge detection "affirms" a surge event.  We'll discuss the "affirmation" of surge (detect and provide output) in the topics; "how do you detect surge", and "what do you do when you detect surge?" a little later in this post.

Are there formalized Surge Detection guidelines?

Alluded to above, the 5th edition of API670 is the current, definitive Surge detection "go-to."

Surge detection isn't controversial, but its implementation can be because of the "affirmation" thing.  Quite a few opinions are floating around about how best to implement surge detection. And while opinions vary, they are consistent in that they mostly refer back to the API670.

The API670, for those unfamiliar with the document, is promulgated by the American Petroleum Institute and contains both requirements and recommendations for "Machinery Protection Systems," including; vibration, electronic overspeed, emergency shutdown systems, and now, surge detection.

We're not affiliated with Techstreet (the online API670 Seller).

Who needs a surge detector?

We'll take up what exactly makes the axial compressor so much more "sensitive" to surge than the centrifugal in a follow-up post. 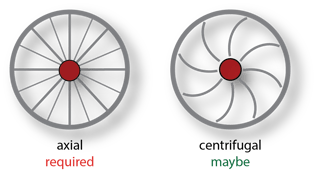 Can my Surge Controller do Surge Detection?

Independent functions, can be delivered on separate hardware platforms or on a single fully redundant PLC.

Can I share inputs/sensors between Surge Detection and Antisurge Control systems?

There's a difference in the two terms inputs and sensors that will be of "tangential importance" in helping us understand what's meant by "functional independence." 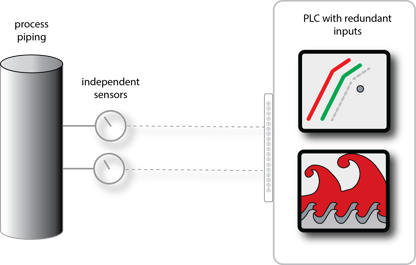 How do you detect surge?

The only overarching stipulation to this is, whichever way a surge detector detects surge, it has to be able to discern between individual surge cycles (and then increment the surge counter (by one) for each surge cycle detected).

We'll work through the differences in these detection methods and provide some recommendations in a follow-up post.

How fast does a Surge Detector have to be, to be able to discern individual surge cycles?

To be able to discern between surge events, and do something about them, the surge detector has to be moderately "fast." API 670 includes the following performance requirements:

What do you do when you detect surge?

To be sure, the surge detector is going to have to generate an alarm when a surge event is detected (required by API670). Beyond the alarm, API670 leaves any additional surge detection action for the compressor vendor and end-user to work out.

While the API670 only requires an alarm, it does provide some examples of additional possible responses: 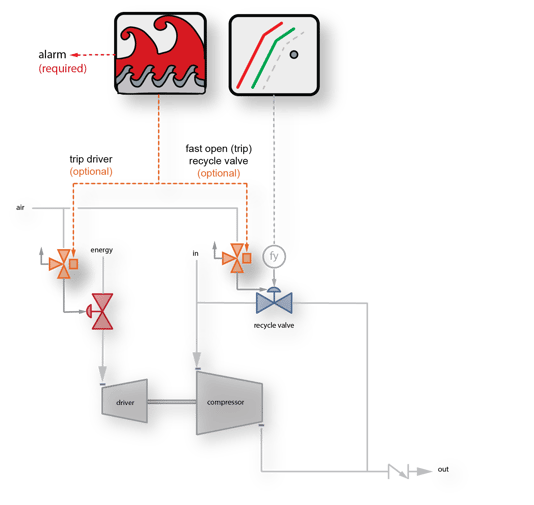 Typically, these responses are generated by the surge detector after some prescribed number of detected surge events within some specified time frame.

In a follow-up post, we'll discuss these additional actions using a hypothesis construct that includes type 1 and type 2 statistical errors. 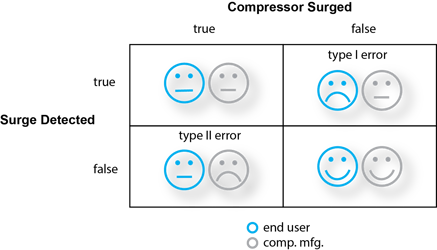 Do you need to integrate independent Surge Control and Surge Detection?

Can you implement Surge Detection on a modern PLC that's doing your Surge Control and still comply with API670?

Beyond the implications of sharing redundant inputs described above, Annex K (K.2.2), of the 5th edition of API670, explicitly recognizes that  a modern "redundant" antisurge controller platform can provide an (API670) acceptable surge detection interface:

Thank you for your interest! Please let us know what you think about this or one of our other posts in the comments below.