Stonewall occurs in a centrifugal compressor when the velocity of the gas in at least one stage reaches the speed of sound (Mach 1) at the gas conditions in that part of the machine. In a centrifugal compressor, this usually occurs near the eye of the impeller. When the velocity of the gas reaches Mach 1, the flow will no longer increase, regardless how much the pressure ratio drops across the stage. 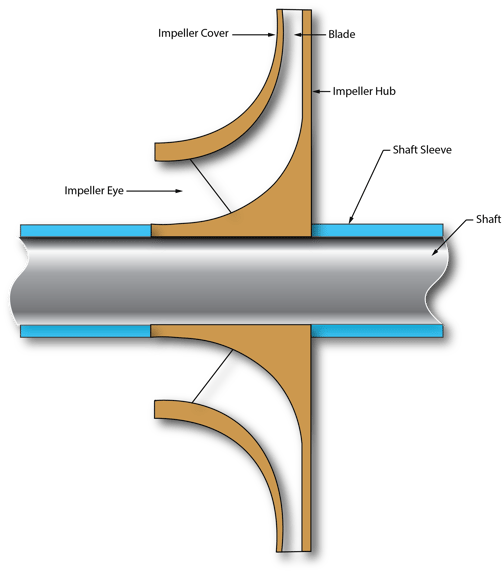 Stonewall in a centrifugal compressor was once thought to be an insignificant event. This is no longer the case. Compressor manufacturers have found that prolonged operation of the compressor in stonewall can lead to fatigue failures of the impeller cover and blades. There is also an increase in the compressor discharge temperature due to the increase in entropy across the region of sonic velocity. 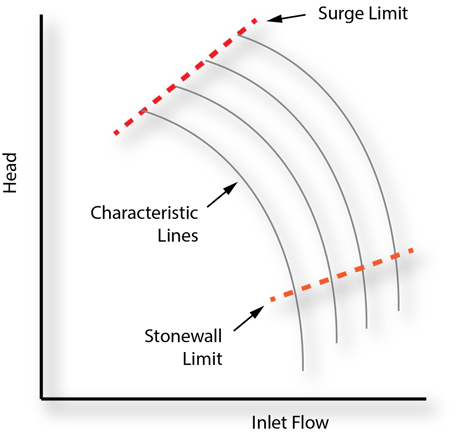 Figure 2 - When the velocity of the gas reaches Mach 1 somewhere in the compressor, the flow will not increase as the head drops. The slopes of the characteristic lines become vertical when the head drops below the stonewall limit. This happens because the pressure information downstream of the region of sonic velocity cannot pass upstream to tell the upstream gas to pass more flow. This pressure information passes through the gas at the speed of sound, so when it reaches the region of sonic velocity, this lower pressure information in the downstream section hits an impasse.

There is an increase in the entropy as the gas passes through a region of sonic velocity, causing the discharge temperature to increase.

How can you prevent stonewall?
In general, the only way to prevent stonewall is to increase the pressure ratio across the compressor. This usually means a valve must be installed in the discharge that can be modulated to keep the compressor pressure ratio from dropping too much. The usual compressor control and protection schemes are not effective for preventing stonewall and adjustments to speed or recycle are usually ineffective in preventing stonewall. In order for a control system to be able to prevent operation in stonewall, the following are required: 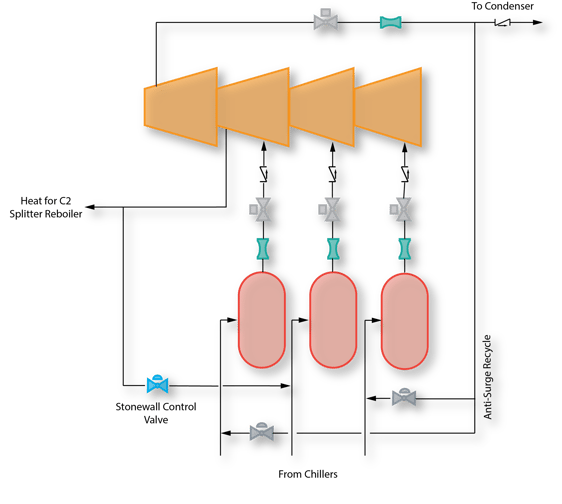 Figure 3 - In certain ethylene plant processes, some of the gas from the discharge of the third stage of the propylene refrigeration compressor (PRC) is extracted for heating of the C2 splitter reboiler. This gas is cooled by the reboiler and returned to the suction of the second or third stage of the PRC. If low flows are possible through this loop (during startup), it may be necessary to include a stonewall control valve that can maintain the amount of gas that is extracted from the discharge of the third stage, keeping the fourth stage out of stonewall.. 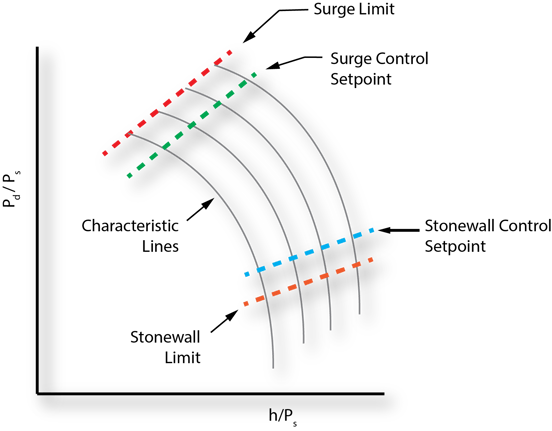 Figure 4 - Similar to the technique used for preventing surge, a stonewall prediction algorithm is used to calculate the pressure ratio at which stone wall will occur for a given flow.  A setpoint is established that gives the stonewall controller an operating margin so that it can act in time to prevent excessive flow without acting too abruptly.

About once every two weeks, we'll discuss a turbomachinery controls topic that we were either asked about recently or a topic that we think you might be interested in learning more about.