In this post we will describe how we can convert a compressor manufacturer's compressor performance map to a surge line we can use to determine where, in relation to that surge line, a compressor is operating.

Compressor manufacturers present their performance maps as the polytropic head vs. the inlet volumetric flow.

The polytropic head can be expressed with the following equation:

The inlet volumetric flow can be expressed with the following equation:

One objective in the development of a surge line prediction algorithm is to simplify these equations if possible. In the forms shown above, no simplification is possible. But if the flow equation is squared, several of the gas terms will cancel out.

The next two figures depict a performance map for a single stage centrifugal compressor.

The surge curve for a single stage compressor is a parabola [Head = f(Flow2)]. 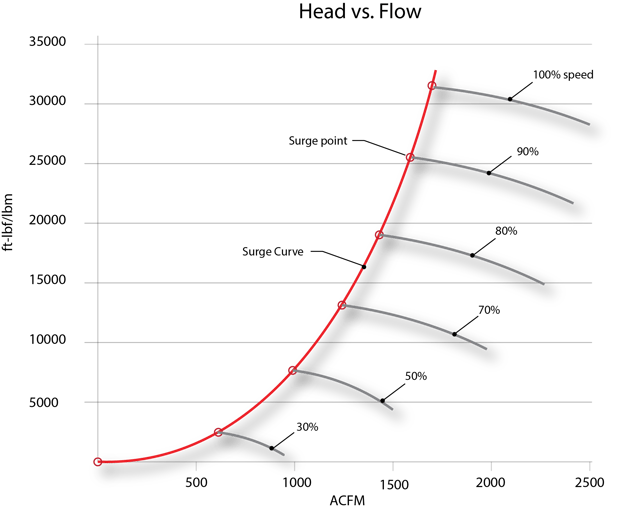 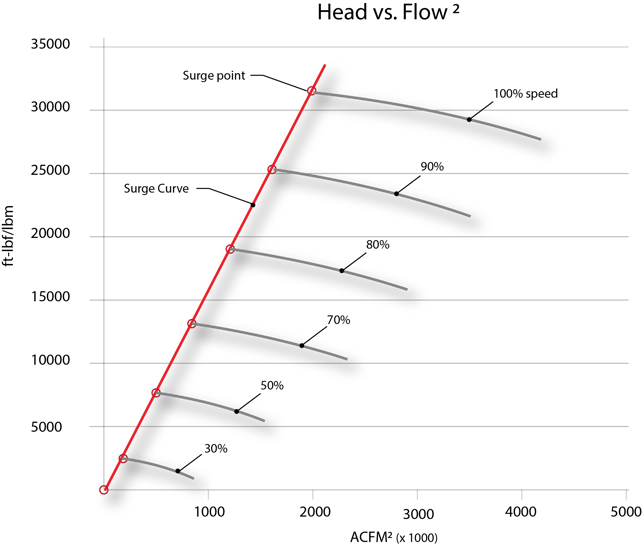 Figure 2 -  If the compressor capacity map (from figure 1) is plotted as Head vs. Flow2 the surge curve is linear

When the compressor curve is expressed in terms of the head vs. the flow squared, it is possible to see how the algorithm will reliably predict the surge line even if the gas (molecular weight) changes. 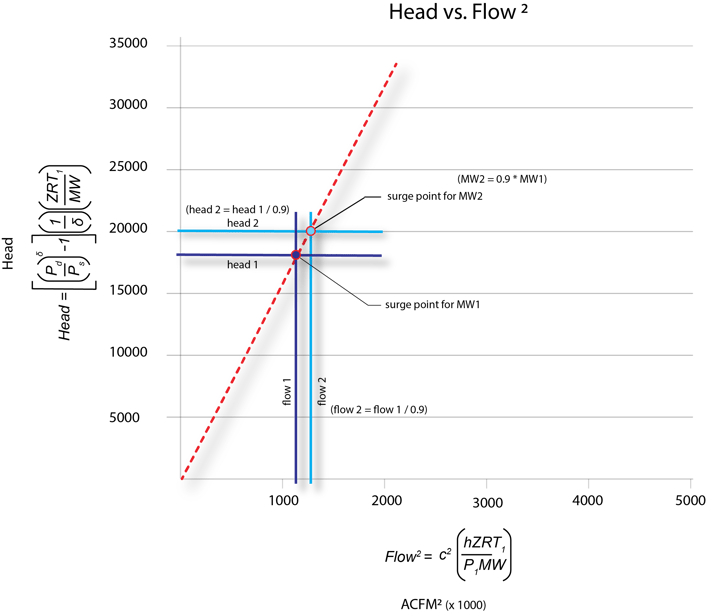 By cancelling like terms between the head equation and the flow squared equation, the surge
line algorithm reduces to:

The polytropic exponent can be treated as a constant since the specific heat ratio tends to
change very little and the efficiency is constant along the surge line (see figure 5 below). The flow
meter coefficient is a constant, as well. This reduces the surge line algorithm to

If the origin of the map is moved up to a y intercept of 1, the algorithm reduces to: 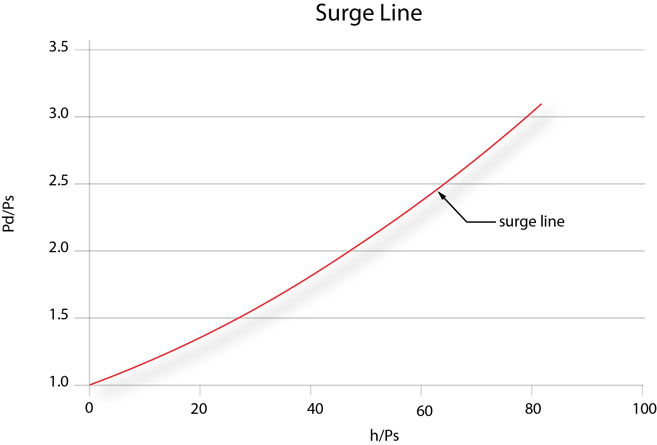 Figure 4 – the surge line of the compressor shown in figure 1 becomes the above curve when
our surge curve algorithm is applied. 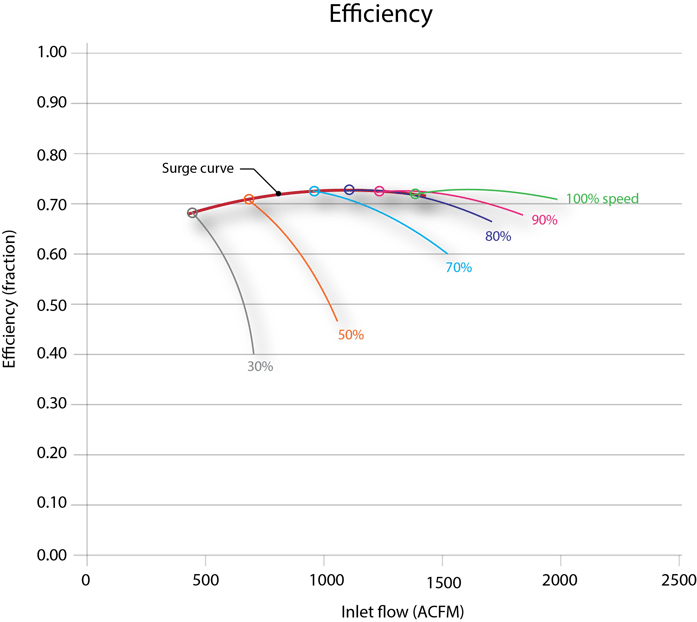 About once every two weeks, we'll discuss a turbomachinery controls related topic that  we were either asked about recently or a topic that we think you might be interested in learning more about.